Extermination and Control of Common Ants
Ants are members of order Hymenoptera, and thus are most closely related to wasps and bees. Like most other members of this order, ants are highly advanced insects with organized colonies and a clear division of labor. Control methods vary according to the specie, but we approach all ant extermination jobs with the environment in mind, using only the most earth-friendly products and application methods available. There are many species of ants, but the ones below represent the species most commonly encountered in the Midlands area.

Carpenter Ants
Carpenter ants take their name from their habit of chewing passageways (called “galleries”) inside wood. Carpenter ants don’t actually eat the wood. Rather, they carve out galleries where they live and raise their young. (The carpenter ant in the picture on the right is a carrying a piece of granular bait back to her colony.) Carpenter ants grow to a larger size than almost any other species in the ant family. They’re certainly the biggest ants found in the Columbia area, or anywhere in South Carolina for that matter. Most carpenter ants found in our region are black or very dark brown in color.

Over time, untreated carpenter ant infestations can do serious damage to homes and other wooden structures. Unlike termite galleries, carpenter ant galleries are sanded smooth and kept clean. Carpenter ants thrive in warm, damp locations and prefer wood that already has been damaged by moisture.

House Ants
These are the common house ants which nest in woodwork, masonry, soil and rotted wood. They’re omnivores who typically feed on sweets, meats, vegetables, honeydew and other insects.

House ants usually are found in kitchens, around exterior doors and windows, on patios, and in other areas near sources of food and moisture.

Odorous House Ants
Although mainly an outdoor ant specie, odorous house ants often forage indoors for sweets and other foods. They’re commonly found in kitchens, dining rooms, family rooms, children’s playrooms, and anywhere else sweet food sources (such as soft drink spills or dropped candy) can be found. They give off an unpleasant odor when crushed, hence their name. Many people describe the odor as similar to “rotten coconut

There are four primary cockroach species that are common pests in the Midlands areas: 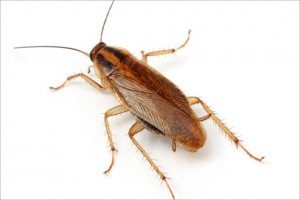 German Cockroaches
Found throughout the world, this cockroach is often incorrectly called a “waterbug” because it locates very close to sources of moisture (especially sinks). German Cockroaches are the roaches most commonly found in homes, restaurants, kitchens and food stores.

German cockroaches have two dark stripes down their backs and shy away from light and air currents. Adults have overlapping wings and appear to possess all the muscles and nerves needed for flight, but they do not fly. 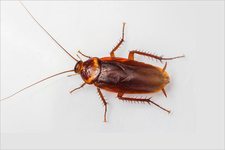 American Cockroaches
Sometimes incorrectly referred to as a waterbug or a Palmetto bug, this is the largest common household cockroach found in South Carolina. It has reddish brown wings, a light brown body, and a yellow margin around the shield on its back. The American cockroach also has some flight capability. 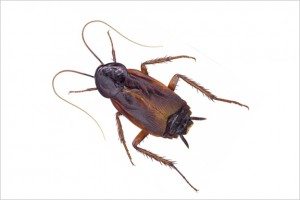 Oriental Cockroaches
This uniformly black cockroach is also called a sewer cockroach, and seeks dark, damp places such as basements, sewers, and utility chaseways. In the summer, they may also nest outside in sheds, garages, or in leaves or other organic debris.

Adult male Oriental cockroaches have wings that extend back about 3/4 over the abdomen, while adult females have only rudimentary wing pads. Neither sex can fly, however. 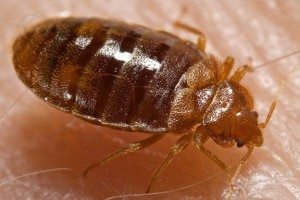 Bed bugs (sometimes called “bedbugs;” either form is correct) are small, parasitic insects that feed upon human blood. Once thought to be nonexistent in North America, bed bugs have been coming back with a vengeance in the past few years.

Some experts attribute the rapid comeback of the bed bug to increased international travel, while others believe it has more to do with changes in the way pest control is done nowadays. Older exterminating methods relied on residual sprays, which may have kept the bedbug populations down even though the sprays were intended to control other insects such as cockroaches.

Most likely, both factors have contributed to the bedbug renaissance. One thing, however, is certain: A lot of people are losing sleep over bed bugs. They can cause serious rashes, itching, and bleeding. They also impart a putrid smell when present in large numbers, and may cause allergic reactions in some people 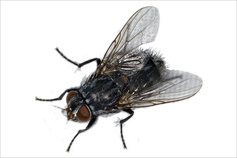 House flies are important public health pests throughout the world because of their filthy habits and their ability to vector microorganisms and parasites that cause serious diseases such as chronic diarrhea, cholera, food poisoning, dysentery, yaws, conjunctivitis, and many, many others.cause they react to movement at least five times as quickly as humans do, they can be very difficult to swat. Control is accomplished through a combination of sanitation, trapping, and (if needed) chemical control. 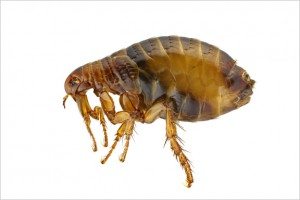 Fleas are wingless insects with mouthparts adapted for piercing skin and sucking blood. As external parasites they live off the blood of mammals and birds. There are over 2,000 flea species worldwide which include common human, cat, dog, Moorhen, Northern rat and Oriental rat fleas. 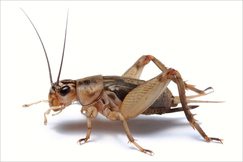 Crickets are somewhat related to grasshoppers. Adult crickets are about ¾ inch long, with somewhat flattened bodies, long thin antennae and range in color from light and dark browns to black. They are active usually at night and usually remaining hidden during the day. Most commonly found in dark damp areas such as basement, especially in unfinished areas. Crickets are omnivorous, eating or drinking almost anything that is available. While they are generally harmless to humans, they may chew on or damage silk, woolens, paper, fruits, and vegetables in households.

Spiders are viewed as beneficial when capturing and controlling other insect populations but inside the home they are considered pests. They belong to the largest order of arachnids that have eight legs and chelicerae with fangs that inject venom. As of 2014, there has been approximately 40,000 species of spiders identified. Size and features depend on the species. While spiders often bite in self-defense when they are threatened, it can also be by accident. Some spider bites may result no worse than a mosquito bite or bee sting but certain species can cause serious medical conditions. Toxic spider bites may cause skin irritations, headache, shortness of breathing or wheezing, muscular weakness or cramps, and increased heart rate. 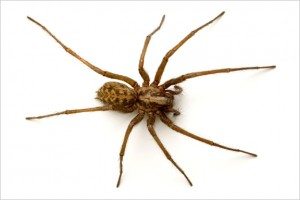 American House Spider
The American house spider is an extremely common spider that is fairly likely to escape notice since it tends to build its tangled web in secluded locations. Its behavior on its web is quiet and efficient, so it generally does not draw attention to itself. There are several species of this genus, Achaearania. Their coloration consists generally in patterns of shades of brown, and they are rather dull in appearance, all of which makes it more easy for them to slip into the background. They are not known to bite people with any high degree of frequency, and their venom is not known to be dangerous to human beings. 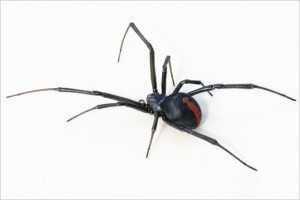 Black widow spiders are most recognized for the red hourglass shape under their abdomen. The female black widow spider is considered to be the most venomous spider in the U.S. The spiders’ venom is 15 times as toxic as the venom of the prairie spider. Only the female black widow is dangerous to humans; males and juveniles are harmless. Black widows are found in dark cool areas, the underside of ledges, rocks, plants and debris, particularly found in dark basements. 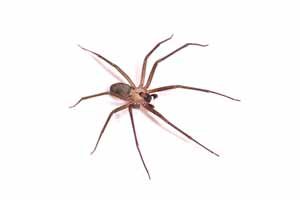 ​Adult specimens vary in color from dull yellow to tawny, dark brown. The most telltale characteristic of brown recluse spiders is the presence of a dark, violin-shaped mark on the dorsum.

These spiders are venomous to humans and animals and bites can cause tissue death around the bite area. m. These spiders typically dwell in dark, sheltered places and can be found in homes, barns and basements. Webs tend to appear disorganized and are built most commonly near ground level. 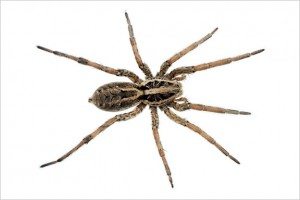 Wolf spiders are members of the family Lycosidae. They are robust and agile hunters with good eyesight. They live mostly solitary lives and hunt alone. Some are opportunistic hunters pouncing upon prey as they find it or even chasing it over short distances. Some will even wait for passing prey in or near the mouth of a burrow. There are many genera of wolf spider, ranging in body size from less than 1 to 30 millimetres (0.04 to 1.18 in). They have eight eyes arranged in three rows. The bottom row consists of four small eyes, the middle row has two very large eyes (which distinguishes them from the Pisauridae), and the top row has two medium-sized eyes.

At Columbia Certified Pest Control, we are committed to providing extermination programs that will suit your needs, all year long. Please take a look at the different programs that we’re currently offering in Columbia and surrounding areas. 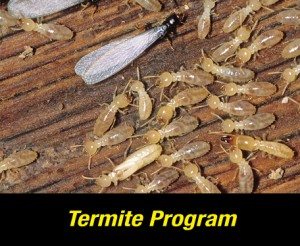 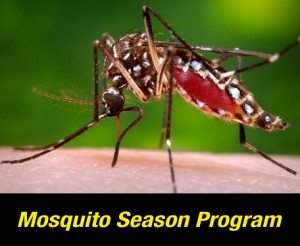 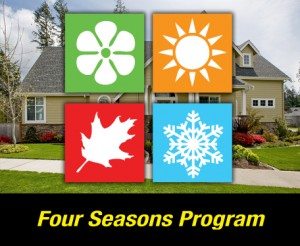 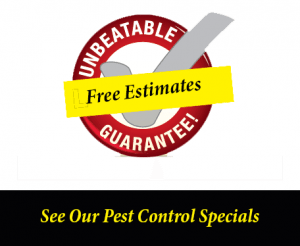 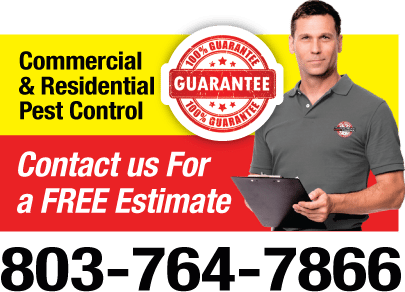